We proudly stock the full range of SNOM IP Phones and can design and build the right VoIP solution for your business.

Snom IP Phones are the perfect mix of reliablity, performance and affordability and are a great fit for your Epygi PBX, 3CX Phone System or Hosted PBX.

The Snom 710 desktop phone – a standout in its class with superior voice quality, rich features and user-friendly design all delivered at an affordable price. 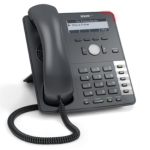 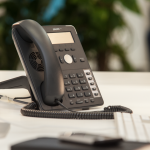 Part of Snom’s 7xx series phone portfolio, the Snom 710 joins the Snom 720 and Snom 760 to form a state-of-the-art line of full-featured IP desktop phones for small or large scale deployments in a multitude of business scenarios.

Blending rich features and assured performance with usability and affordability, the Snom 710 is the right choice for organizations with large business needs but a small business budget.

The Snom 720 phone addresses office users that require excellent audio and a large number of programmable PBX-style keys. It combines a state-of-the-art hardware with the proven snom SIP software 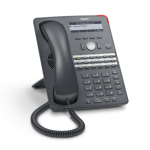 All in all, the Snom 720 raises the bar for VoIP phones in its class both in terms of voice quality, available features and day-to-day usability.

The D715 provides high-speed connectivity thanks to its Gigabit Ethernet switch. The USB port on the D715 enables greater flexibility and functionality for the use of USB headsets, the D7 Expansion module, or WiFi. 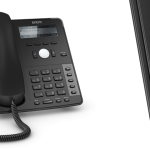 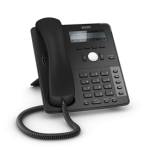 With a total of 18 freely programmable multi-color function keys in three rows, D725 users have a complete overview of all calls at their fingertips. 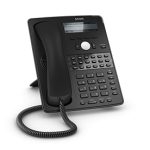 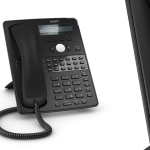 The D765 is the perfect companion for users requiring cutting-edge design and high-end functionality. The D765 simply goes one step beyond.

A total of 16 freely programmable multicolor function keys give the user high versatility. Each function key can be configured for a variety of one-touch telephony functions such as speed dial, busy lamp field or presence indication. 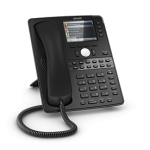 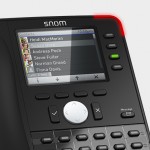 Germany-based, Snom is differentiated by the company’s long history in the VoIP industry as a SIP pioneer, and its leading technological delivery of features and functions such as security protocols to ensure safe VoIP telephony use.

Snom phones can be operated with a large number of compatible IP-PBX that support the SIP (Session Initiation Protocol), giving customers a great choice for enterprise communication systems.

Recognized for its high-quality, customizable and cost-effective business solutions, Snom is also differentiated by the company’s ten-year history in the VoIP industry, and its dedication to high security standards.

The devices are suitable for use in all business environments ranging from home offices to small- and medium-sized enterprises and large corporations. Snom also works directly with carriers, Internet Service Providers, and OEM customers. The company is globally present through branch offices and a partner network.

Snom was founded 1996 in Berlin, Germany. André Deloch is Chairman of the Supervisory Board. Members of the Executive Board include Olivier Gerling, Thomas Müller-Braun and Nadahl Shocair (Chairman).